In one of the biggest open ledger initiatives in India to date, automakers and component companies have decided to implement a successful vendor management system on blockchain technology, potentially porting some two billion transactions a year to the new platform.

This is the first such initiative involving a large industry: automobile manufacturing revenues in India touch almost Rs 700,000 crore, with another Rs 300,000 crore registered by auto components makers.

In January this year, Vijay Sethi, chief information officer of Hero MotoCorp was at Bajaj’s manufacturing plant in Pune, holding discussions with a few auto industry stakeholders. The discussion was about taking autoDX – a cloud-based platform for invoices, purchase orders and shipping notices – to the next level by putting it on a blockchain. 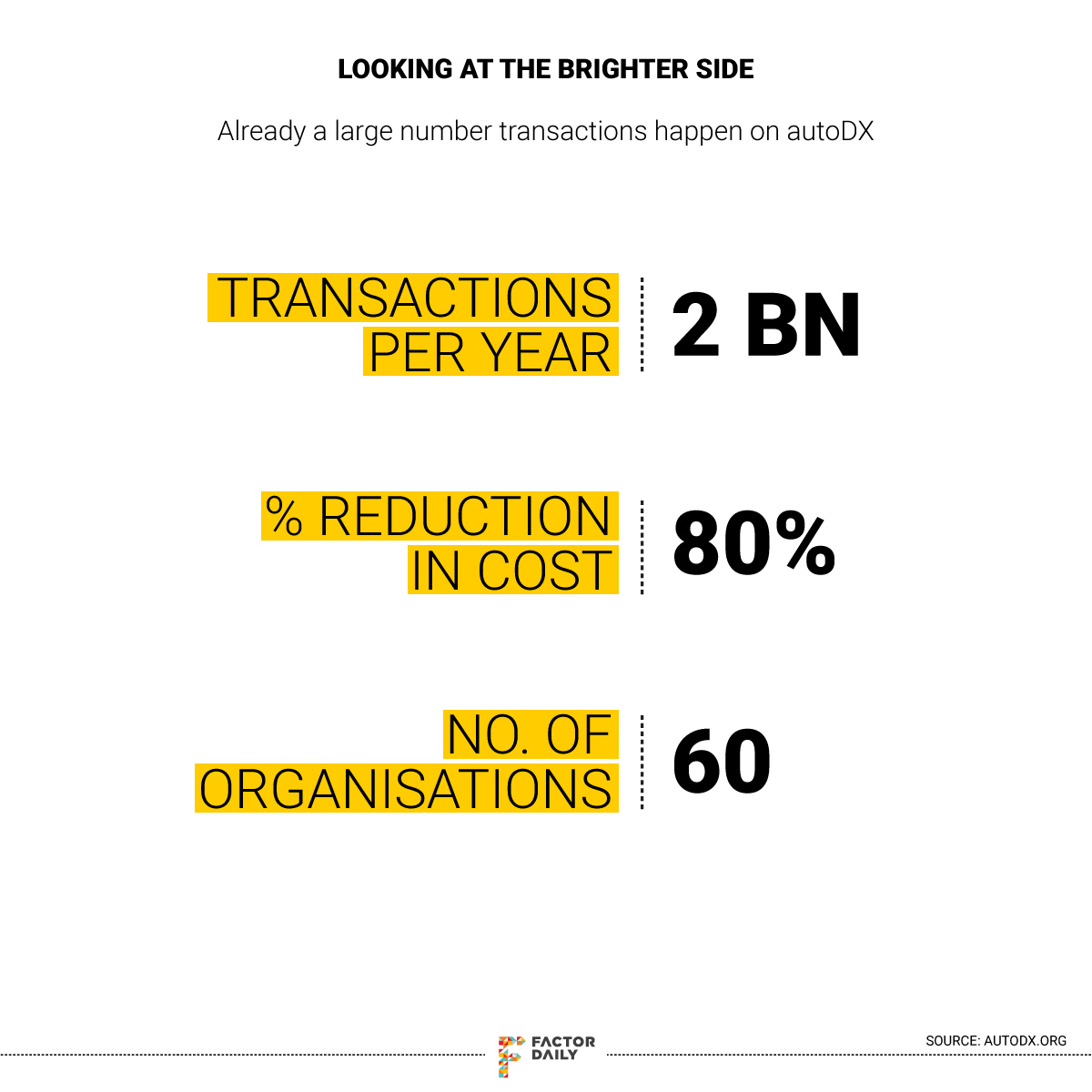 “We are looking at how to put this on the blockchain,” said Sethi, in an interview with FactorDaily. “Discussions on putting things on blockchain has started – this will be on an industry-wide scale.”

Blockchain is a decentralised, distributed, digital ledger maintained across a network of computers, called nodes. Think of it as a large record book shared and updated by many people. No data on the blockchain can be modified without everyone agreeing to the change. Also, the record book is not stored in one place but instead is distributed among the bookkeepers ensuring that there is no single point – as in the case of a centralised database – where the records can be tampered. This makes blockchain virtually unhackable, secure, and, importantly for government use cases, leakage proof. Cryptocurrencies, like Bitcoin, are built on blockchain technology but this story is not on them.

Sethi has his reasons why a company-agnostic blockchain works. “Why would a Bajaj agree with Hero (MotoCorp)’s way of working,” he asked. That is why an industry-wide standardisation finds takers, besides obvious costs benefits over the cost of individually building platforms.

“We are looking at how to put this on the blockchain,” saidVijay Sethi, chief information officer of Hero MotoCorp. “Discussions on putting things on blockchain has started – this will be on an industry-wide scale.”

“Such implementations will be far more successful and bring value to the sector if top OEMs get together and create a joint approach towards blockchain for auto components,” said Sreeram Ananthasayanam, partner at consultancy firm PwC.

In the past three years, according to research firm Gartner, investments of $1.7 billion has gone into building blockchain solutions globally and is expected to reach $175 billion by 2025. In India, the deployments of blockchain are at a nascent stage.

autoDX is not new. Auto industry lobby groups, Society of Indian Automobile Manufacturers (SIAM) and Auto Components Manufacturers Association (ACMA) came together as early as 2010 and decided to build it with the help of technology firm IBM. Sethi chairs SIAM’s information technology committee.

So how does the platform work?

A mid-to-large sized component maker on an average sells to 10 to 20 automakers or in some instances, even more. Most of them used different software to run the same function – and, in some cases, different systems at different factories within the same OEM. Finally, at the 2014 edition of industry event Auto Expo, autoDX was launched. A purchase order from an OEM is automatically docked into its component maker’s system. The moment it is accepted, it automatically creates a sales order without any manual intervention. “The material code and the material invoicing cannot be mistaken. All inefficiencies and inaccuracies go out,” said Sethi.

Today, over 60 companies are on autoDX and the platform has registered two billion transactions in the last one year.

Vendor management, invoices, and supply chain management, and other related costs make for between 1% and 5% of total cost (including wages, leakages and technology) for OEMs — close to 80% of this cost has been shaved off with the autoDX automation.

On to the next stage

While companies like Mahindra and Bajaj have already started building their own blockchain technology, having one blockchain for the OEMs and component companies takes the technology to a much larger scale — imagine two billion transactions annually on a blockchain just to start with.

“The discussions (on the blockchain) are on and the technologies are changing very fast,” said Vinnie Mehta, director general of ACMA. “We need to keep updating to stay relevant.” The idea is to extend it to payments and financial transactions.

The project won’t be easy to implement, an expert said. “Like any other tech development talent is always a challenge, even in blockchain. While building and scaling (up) will not be much of problem, key management will be an issue,” said Nilesh Trivedi, founder of Indium, an Ethereum-compatible blockchain network.