Vernacular is no longer important for smartphones in India. Focus on video 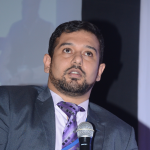 Many a time, while talking to industry people and the media, I am asked how important is local languages enablement on smartphones. This is what many handset players talk about while projecting high on the localisation quotient. Others like IndusOS, which in true essence is not an OS but a custom layer built on Android OS, have been differentiating on enablement of local/regional languages.

However, I have always maintained that as we move more towards 4G, our interface and the way we interact with our phones is changing rapidly and in this scenario, local language support isn’t the differentiating factor that will help a handset-maker stand out in the crowd. As we move up the long-term evolution (LTE) of communications, we are going to use more and more of video, and this starts eroding the need for support for local languages.

As we move up the long-term evolution of communications, we are going to use more and more of video, and this starts eroding the need for support for local languages

The recent Nokia MBiT Index 2017 also indicates the same. According to it, 93-95% of the video consumed over mobile networks in India is watched in Hindi and/or regional languages. So, how does local language support help any device-maker differentiate and compete in this cutthroat market.

Agreed that video doesn’t cover the entire gamut of communications, and there is still scope for other modes like text chat etc, where local language support becomes important. But, again, taking a cue from MBiT 2017, one-third of mobile data is consumed through video only. Similarly, as pointed out in Cisco VNI (visual networking index), by 2020, globally nearly a million minutes of video content will pass every second through networks.

All the data points are screaming out one thing loud and clear — that data will become primarily video along with a really low percentage of voice, through VoLTE (Voice over LTE). This is the clue mobile handset makers, especially Indian brands, should take about the future and get into a comprehensive R&D mode to design the smartphones of 2020. I am sure, when we will revisit the MBiT Index in 2020, it will be all data traffic of which 97-98% would be video and the rest consumed by VoLTE for calls.

All the data points are screaming out one thing loud and clear — that data will become primarily video along with a really low percentage of voice, through VoLTE

While this might be a difficult and stressful period for Indian origin handset makers, they have been proactive and disruptive at times, not only shaping the Indian market but also influencing some of the global trends as well. Let’s hope that this trend is arrested well in time and we are future-ready with devices that are not just designed with trading acumen but are more technology driven.