Sexual harassment at the workplace: Let’s shift the focus to prevention 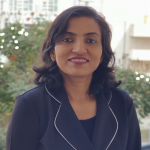 The alarm has gone off again (to rip off from a tea brand’s ad). The cofounder of new-age media company TVF, Arunabh Kumar, has been accused of sexual harassment. At first, through an anonymous Medium post, but later corroborated by many other women disclosing their real identities. TVF denied the charges and Kumar came up with the lame “When I find a woman sexy, I tell her that.”

This comes close on the heels of Mahesh Murthy, an entrepreneur and investor, being accused of “misconduct” by women who looked up to him as a potential investor or mentor. He was more articulate than TVF in rubbishing the claims. But the case can, by no means, be closed. The infamous R K Pachauri case might be old news by now, but by no means forgotten.

In the first case, the immediate and insensitive public communication from the company perhaps sealed the case in the public mind against the accused. But in most other cases, we are left confounded. While it is right to take a moral stand against the harassment, dealing with it within the organisation in question is incredibly difficult.

Perpetrators are more “valuable” to the organisation

The origin of sexual harassment may be in perpetrator’s personality, but the part that makes it a difficult workplace issue is the power dynamics. Perpetrators usually choose victims over whom they have some kind of power. So, almost by definition, perpetrators are more valuable to the organisation than the victims.

Perpetrators can be talented, very talented

Otherwise they may never have reached that position of power. Whether as a corporate employee working up the ladder, or as an entrepreneur who has become reputed enough for others to look up to him. For an organisation, what can matter more than talented people who can contribute to their business?

Their halo effect is our undoing. We can’t believe that our favourite celebrity can be a ruthless law-breaker. We can’t believe that a guy who is so much fun to work with, or in other cases, who is so graceful with everyone, could be a perpetrator. It creates uncomfortable, almost irreconcilable, discomfort in our minds when we have to deal with a nice person, possibly a close friend or colleague, as a perpetrator. I can tell you a thousand times that it happens, but that doesn’t reduce the discomfort.

The victim has nothing to gain by complaining

Even if the victim were given a fair hearing and the perpetrator punished according to the law, the process will be debilitating for her professional life. If she* continues to work with the perpetrator, the discomfort is obvious. If one of them has to be moved, given the power dynamics, it will most likely be her. Being moved without a good professional reason can be not only demoralising, but can disrupt and damage your career plans and paths. Besides, she may be made to feel like a nuisance — someone who disturbed normalcy by complaining.

Professional women, who come across as strong, have almost internalised the idea of “not behaving like women” at workplace… And raising a hue and cry about sexual harassment is the extreme form of displaying “woman-like” vulnerability

Even strong-willed professional women* would rather not complain about sexual harassment. “Professionalism” is defined by macho male ideals (not only women, but also men who don’t conform to the ideals have difficulty living up to it, but that’s a story for another day). Professional women, who come across as strong, have almost internalised the idea of “not behaving like women” at workplace. Appearing vulnerable is as unprofessional as it gets. And raising a hue and cry about sexual harassment is the extreme form of displaying “woman-like” vulnerability, an anathema to the world of business.

No wonder victims, even when they are not scared damsels, would rather ignore or work around sexual harassment than report it.

Power dynamics can be more nuanced than the boss-subordinate relationship

It can be a client, for example. Even if you are a concerned employer, would you lose a client for the sake of punishing one of their errant employees? Or would you rather move your vulnerable employee to safety? But then, losing a project has never been an achievement for a professional, has it?

Reactive laws are necessary, but not sufficient

The victim may not speak up on time. Or she may find the legal route to express their grievances difficult, draining and troublesome. It may devolve into a “he-said-she-said” situation. The more powerful anyway always play the law to their benefit.

It’s time to start focusing on prevention, and not just take reactive measures. It’s time to actively start sensitising people towards the wrongness of sexual harassment.

Here is the hard reality: Sexual harassment at the workplace today is similar to what slavery was at one point of time. It is all-pervasive… It has to be prevented and eliminated

Startup founders need to stop taking pride in creating an environment where they continue cracking juvenile boys’ jokes, and instead make it a norm for colleagues and friends to look into the eyes of a misbehaving person and tell them that it is not okay, even if that person is the most talented, most indispensable team member you have. A balance of power needs to be created at the top so that even the CEO of the organisation does not get a free rein in his behaviour towards employees and other people under his power.

Read: Is your startup sexist? Signs to watch out for

Here is the hard reality: Sexual harassment at the workplace today is similar to what slavery was at one point of time. It is all-pervasive. So, it may feel like if we started dealing with it, so many people would have to be put away that the world of business would collapse. And yet, like slavery, it must be dealt and done away with. It was not enough to punish the bad slavers. Slavery had to be eliminated. It is not enough to have laws to punish sexual harassers. Or even to implement them to the T. Sexual harassment has to be prevented and eliminated.

* The article refers to the perpetrator and victim as a man and a woman respectively. It is only a reflection of the majority of the cases we come across and is not meant to claim that it doesn’t happen the other way round.

Call for #DigitalHifazat to combat violence against women in virtual spaces

The Outliers 3: Ashwini Asokan gets vocal about sexism in the tech ecosystem